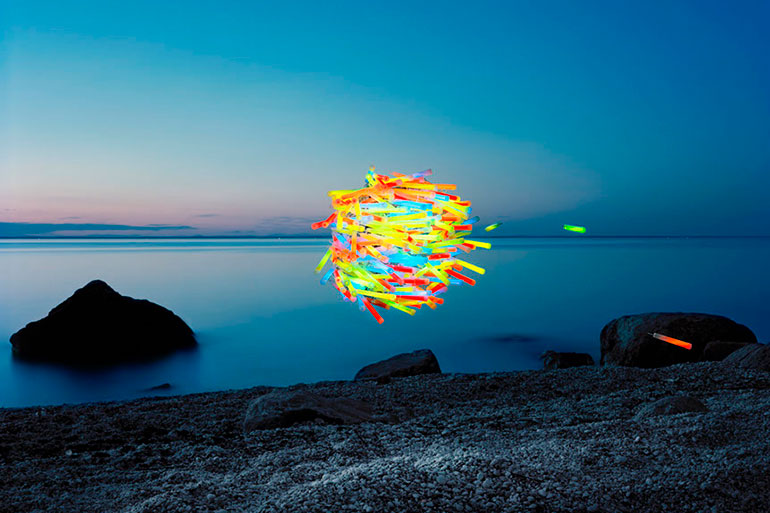 Thomas Jackson is a photographer from San Francisco who spent much of his career in New York as an editor and book reviewer for magazines. It was his particular interest in photography books that led him to pick up a camera, first shooting Garry Winogrand-inspired street scenes, then landscapes, and finally the installation work he does today. His work has been shown at The Center for Book Arts in New York, the Governors Island Art Fair, the Gallery at Eponymy in Brooklyn and Industria Superstudios in New York. Jackson was named one of the Critical Mass Top 50 in 2012, and won the “installation/still-life” category of PDN’s The Curator award in 2013.
The hovering installations featured in this ongoing series of photographs are inspired by self-organizing, “emergent” systems in nature such as termite mounds, swarming locusts, schooling fish and flocking birds. The images attempt to tap the mixture of fear and fascination that those phenomena tend to evoke, while creating an uneasy interplay between the natural and the manufactured and the real and the imaginary. At the same time, each image is an experiment in juxtaposition. 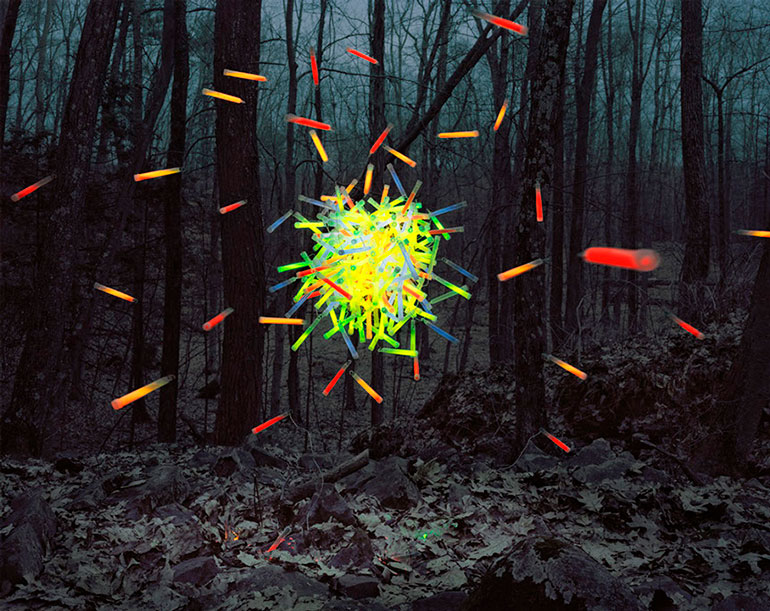 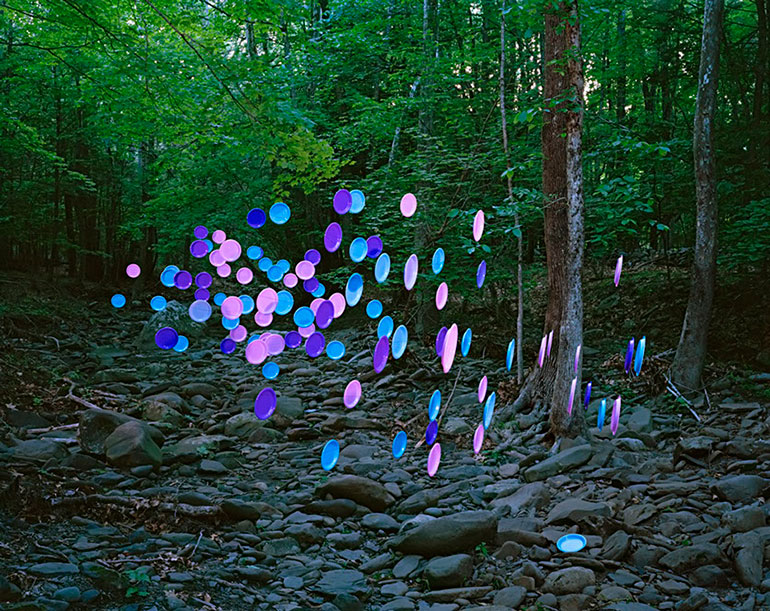 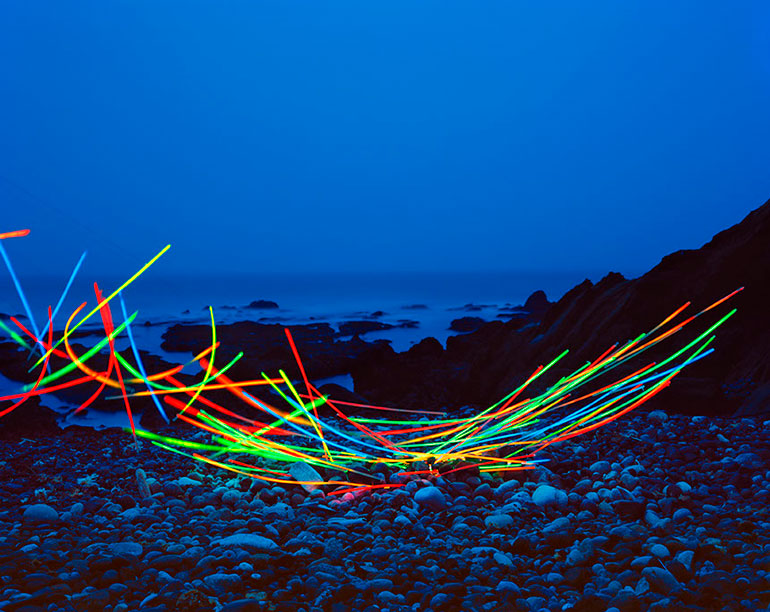 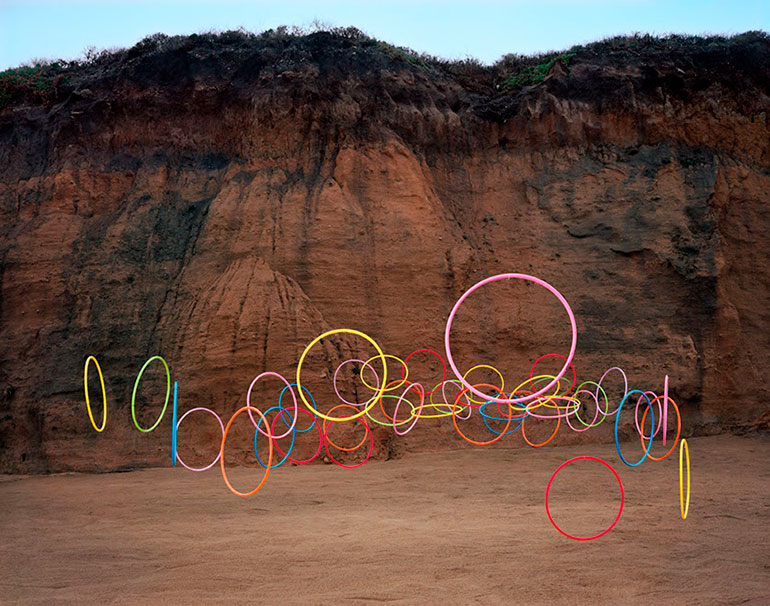 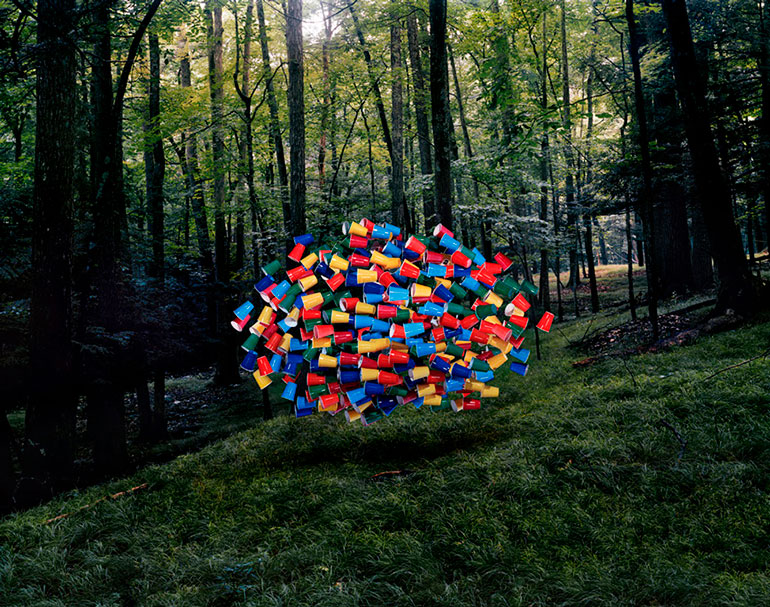 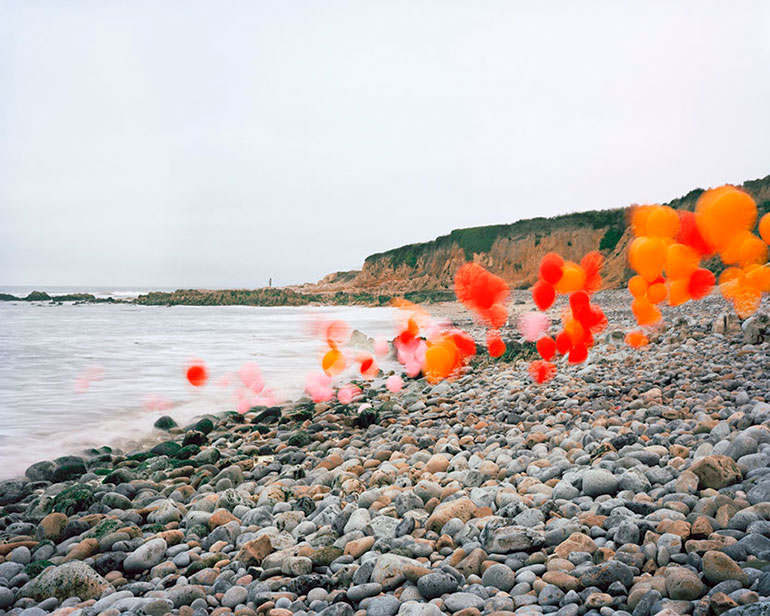 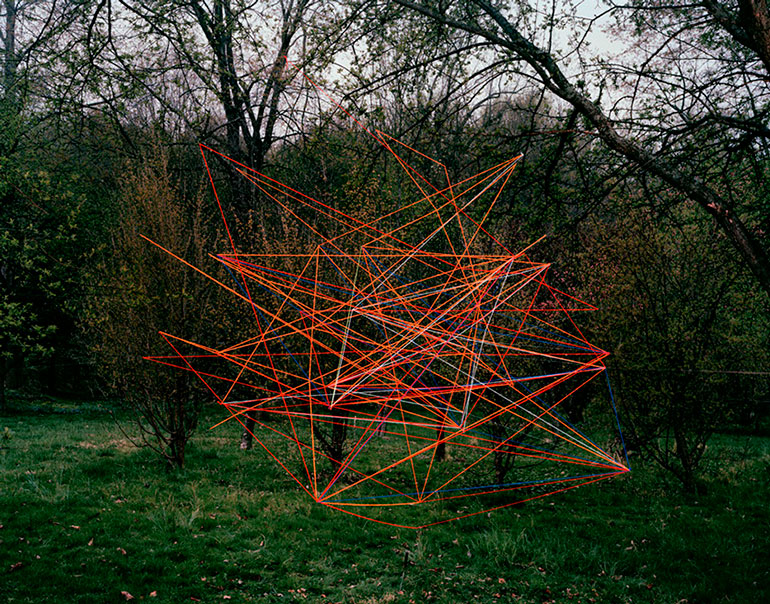 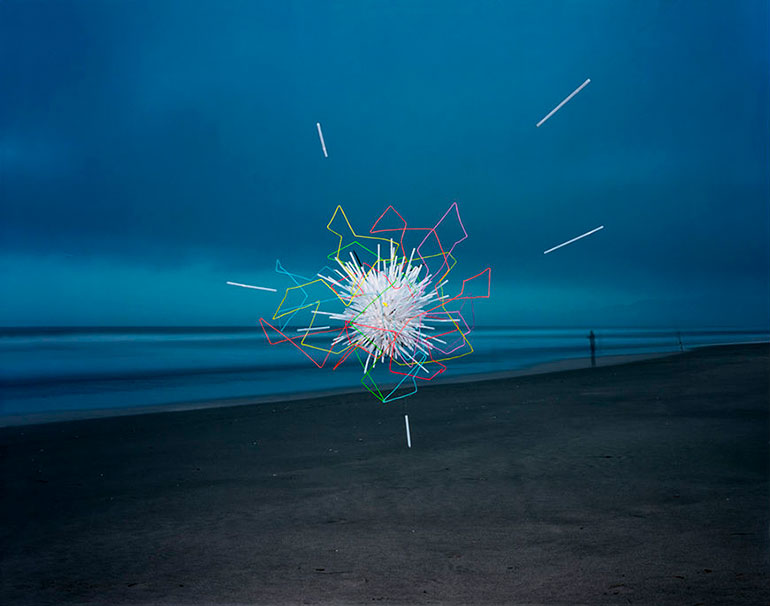 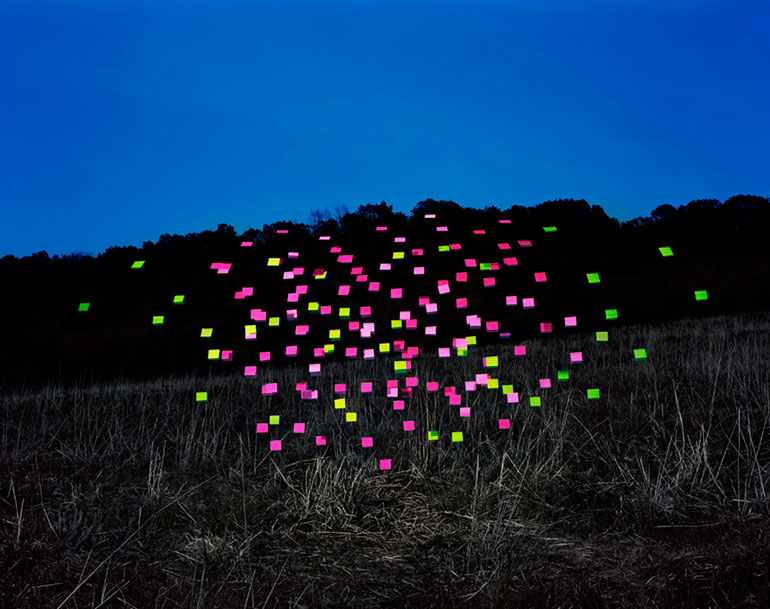 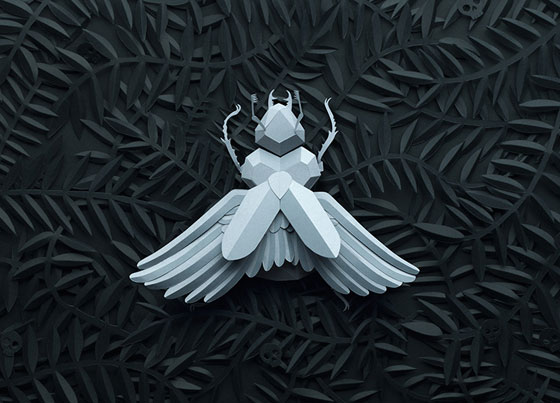 Lobulo is an illustrator and paper artist from Barcelona, Spain actually based in London, UK. After 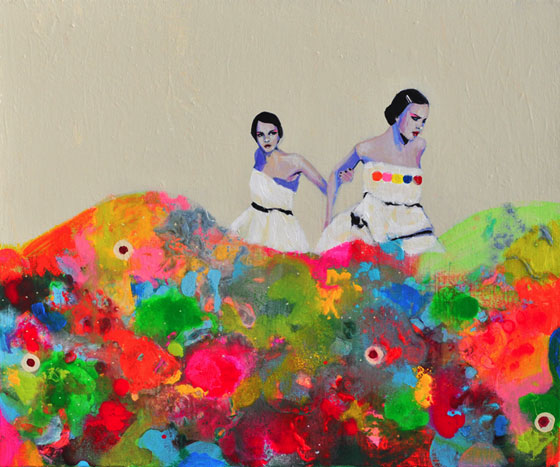 Joshua Petker is an active graffiti writer from an early age, who painted street art through college 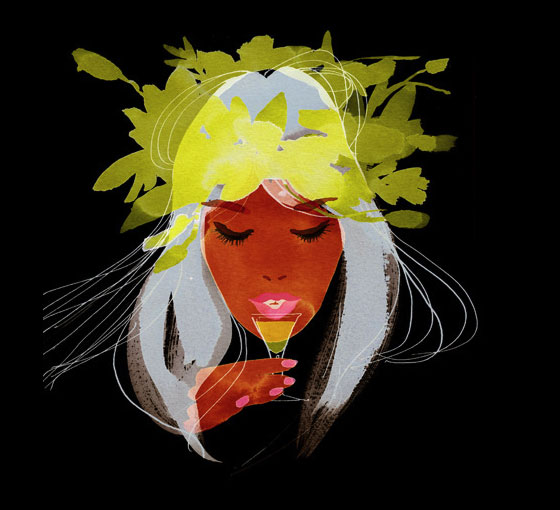 Moa Bartling is a Swedish illustrator and print designer. She graduated in 2002 from Beckmans School