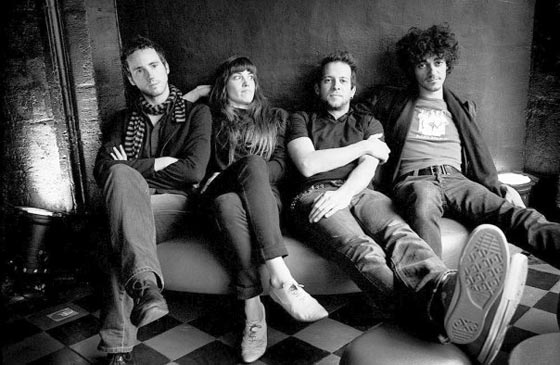 PHOEBE KILLDEER & THE SHORT STRAWS
‘INNERQUAKE’ : Album released April 2nd 2012
Berlin-based, Australian singer and songwriter Phoebe Killdeer, lead vocalist of Phoebe Killdeer & The Short Straws, first gained attention in 2004 when she lent her powerful vocals to ’80s pop ballads and reprises of new wave classics for the group NOUVELLE VAGUE. She was featured as a vocalist on several tracks on the second Nouvelle Vague album, “Bande à Part” and toured widely with the group. Prior to that Killdeer offered up her singing skills to several prominent electronic artists, including Zero dB for their track “Sunshine Lazy” and Basement Jaxx, with whom she performed the song “Tonight” for their Kish Kash album.

Benoit Pelletier is a French photographer and art director, also editor of Peel magazine on issuu.co

Cruschiform is Marie-laure Cruschi’s creative studio based in Paris, france. Founded in 2007 a