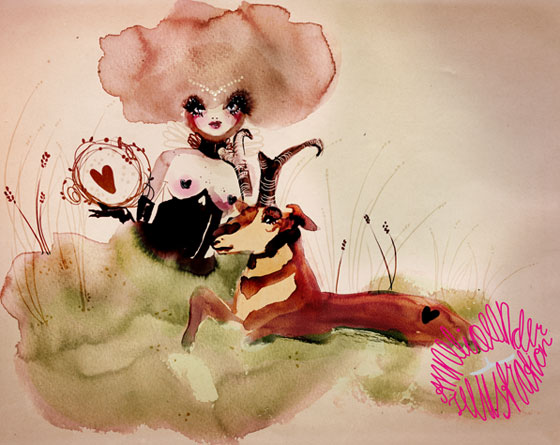 Anneli Olander is a Swedish illustrator born in 1981 and based in Stockholm. At age 15 she had her debute as a cartoonist. She did an Artschool in Stockholm, then design studies and illustration in Australia at the University of Newcastle. Anneli Olander mostly works with illustrations for magazines, apparel companies and book publishers all around the world, but she is also exploring the gallery world. I’ve seen lots of watercolor works these last days and Anneli Olander’s was particularly original.