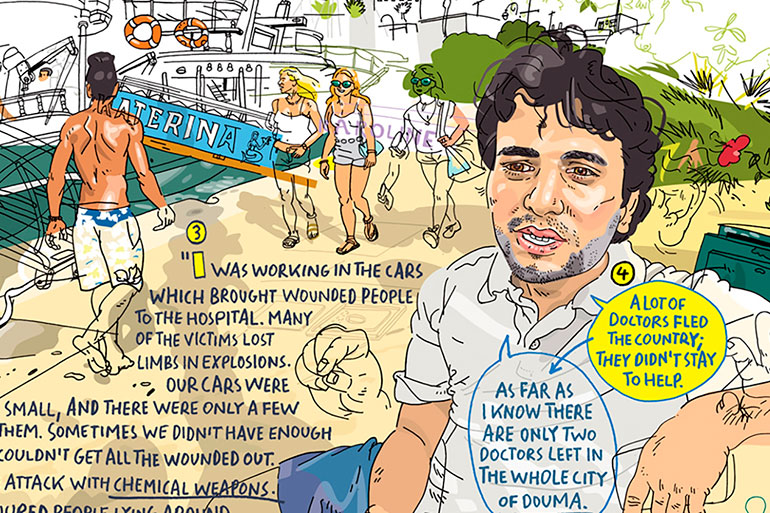 Olivier Kugler is a London-based reportage illustrator. He was born in Simmozheim in the Black Forest (Germany). He studied graphic design in Pforzheim (Germany) then did a masters degree in illustration at the School of Visual Arts in New York. Since then Olivier Kugler has been working as an illustrator in London for clients all over the world. He particularly loves to draw people he meets and places he visits. He prefers to draw on location or from own reference photos and likes to color his drawings on his laptop.
Olivier Kugler was the overall winner of the 2011 V&A Illustration Awards for his depiction of a truck driver’s journey across Iran, featured in French quarterly reportage magazine XXI. Rendered in Olivier’s familiar sketchbook style, the 30-page illustrated journal tells the story of the illustrator’s trip with Massih, a truck driver Olivier met in Tehran and accompanied for a four-day journey carrying bottled water down to a small island in the Persian Gulf.
Clients: The Guardian, XXI, Süddeutsche Zeitung, Reader’s Digest, The New York Times, The New Yorker, New York Magazine, Harper’s Carnets: SHETLANDS TO CUBA: In the spring/early summer of 2007 he travelled from Scotland to Cuba. For the travel section of The Guardian newspaper in London he drew an illustrated documentation of the journey. 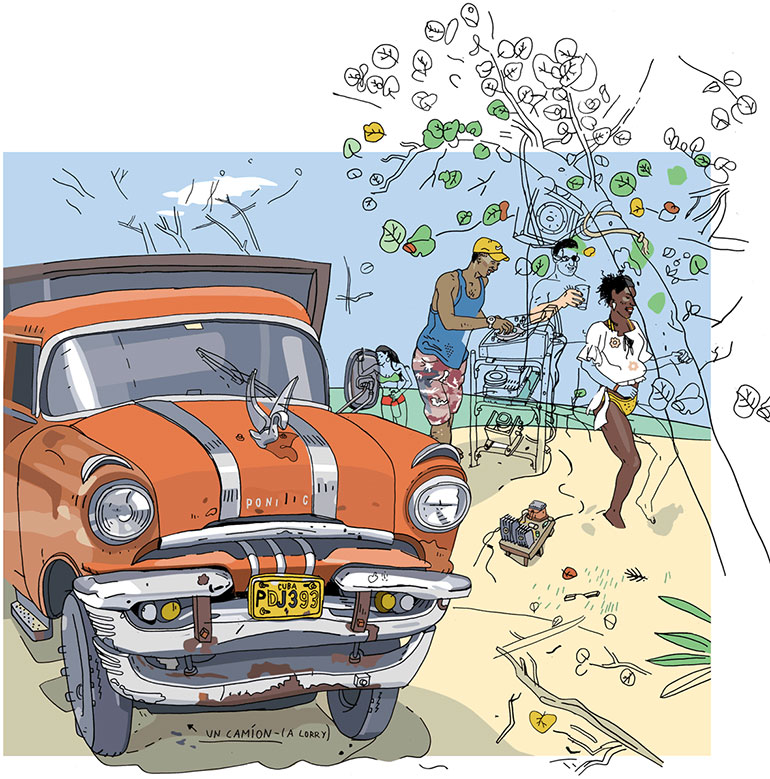 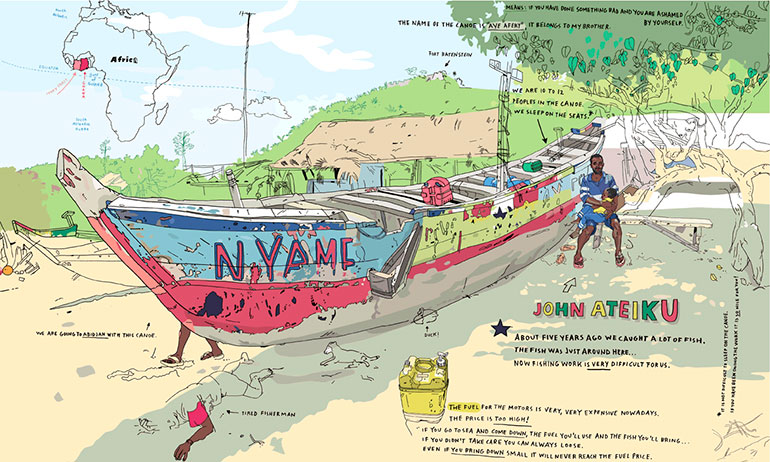 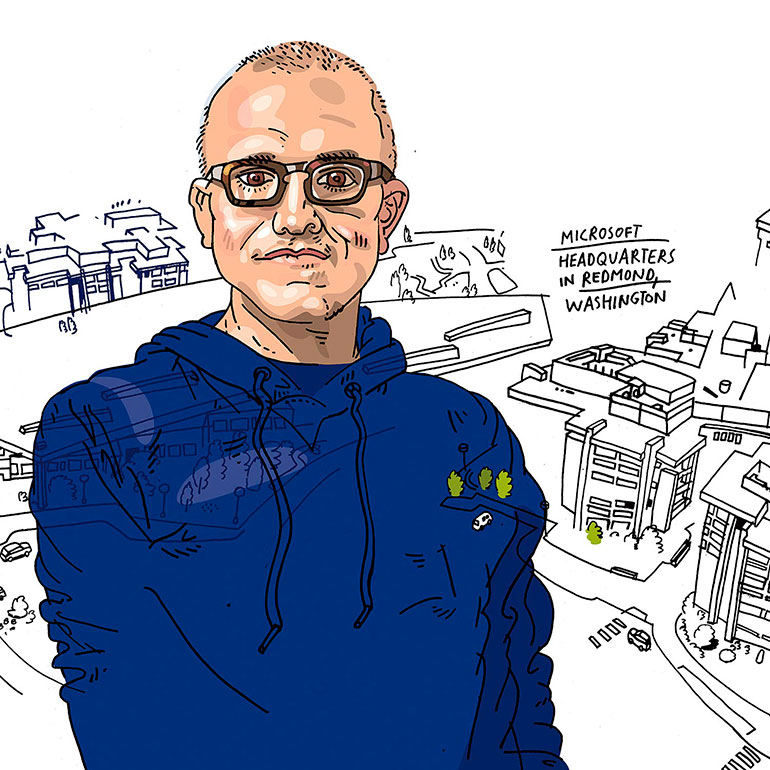 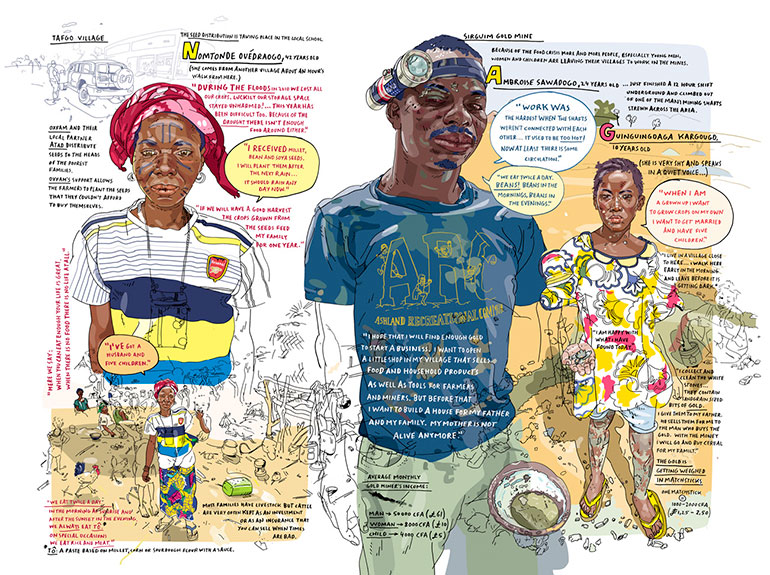 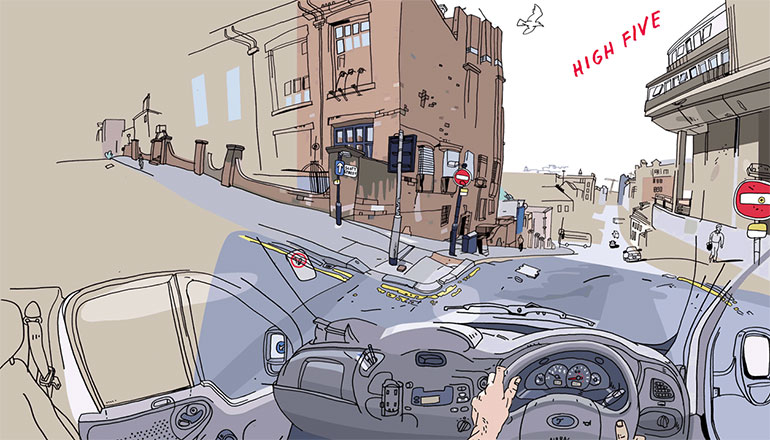 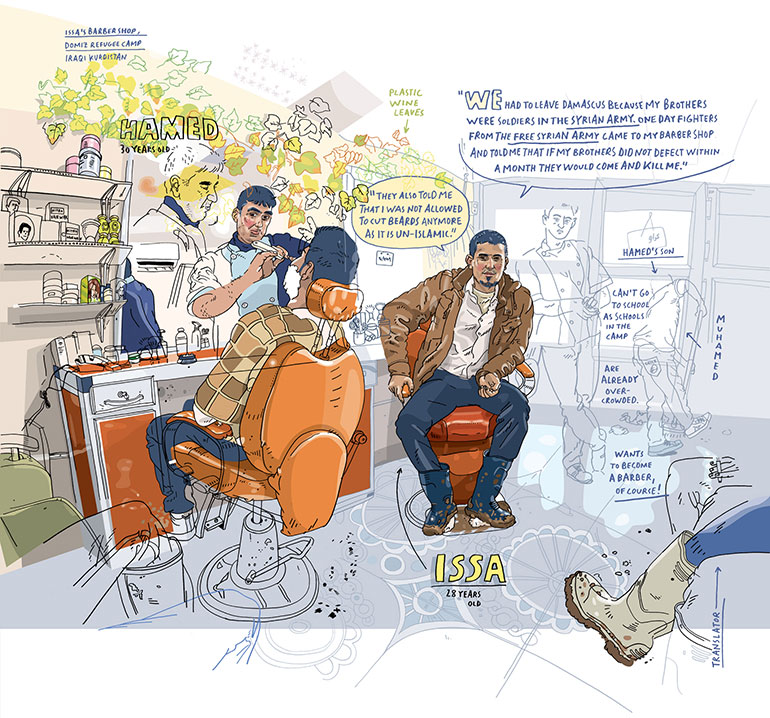 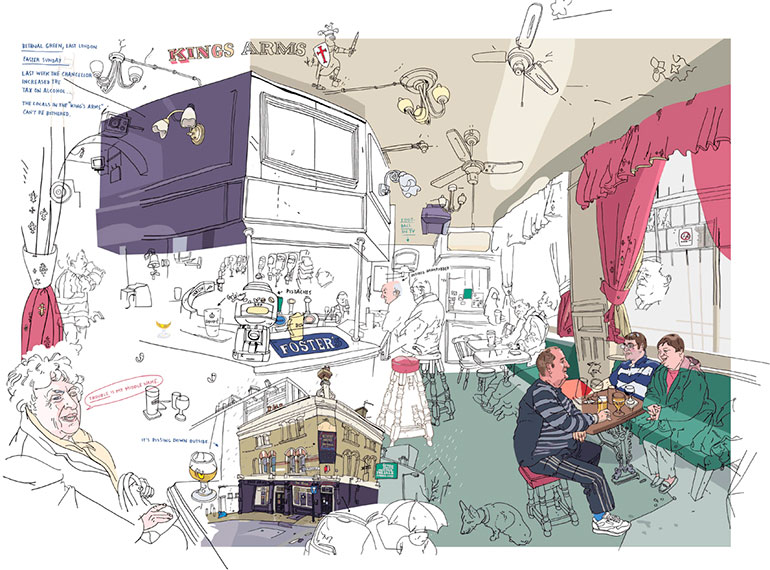 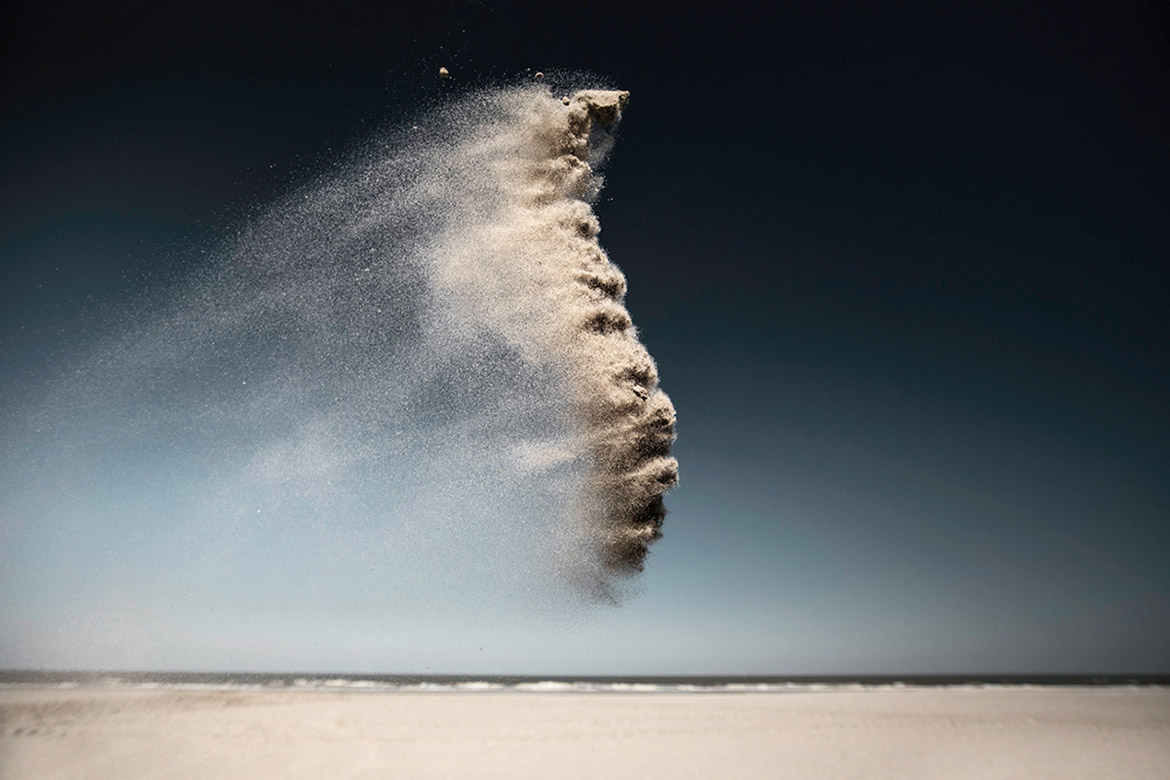 Photographer Claire Droppert is a visual content creator based in Rotterdam, the Netherlands. She co 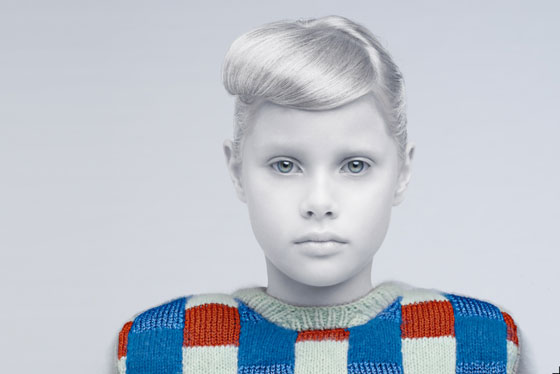 Sarah Abbott is an independent artist & illustrator based in Sheffield of the UK. She received