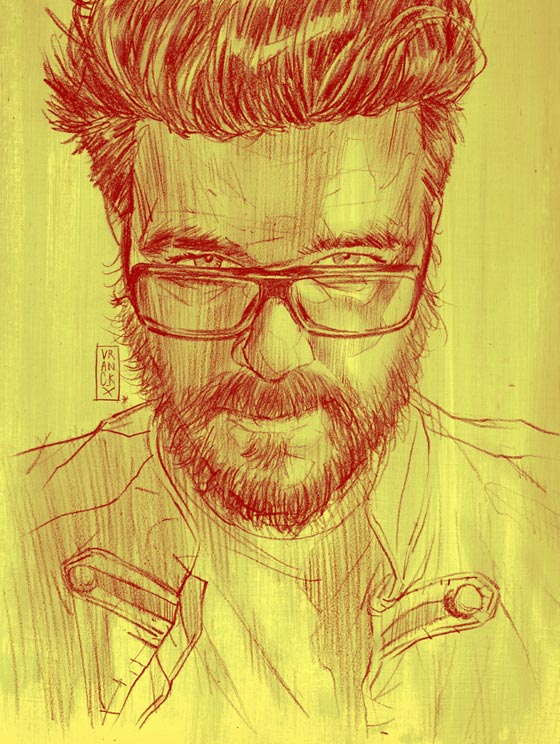 Gilles Vranckx is a comic artist an illustrator based in Brussells. He studied graphic design, animation and comic art. His influences range from Ashley wood, Kent Williams, Mike Allred, Mike Mignola, Osamu Tezuka, Edward Hopper to Rene Gruau and obviously japanese comics and delicious vintage advertising and animations. He currently works on a 6 issue mini-series with writer Scott Closter called “The Z-list” and his own personal graphic novel “Girl: now that you’ve gone”. He also works in the ad-business. He exhibited several times in Brussels and Antwerp. Gilles is also a filmprogrammer for the Brussels Offscreen filmfestival and does some DJ-ing in the weekends.