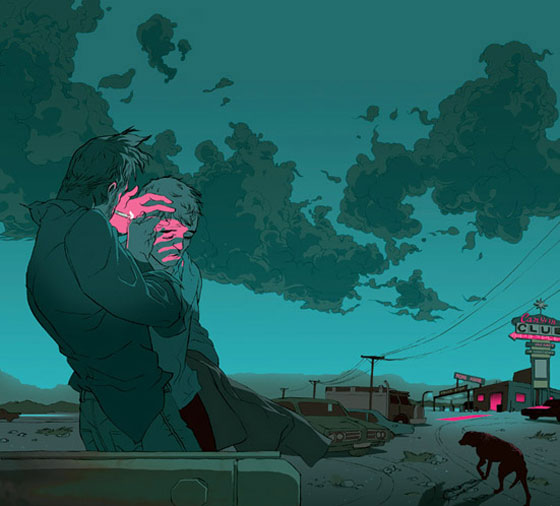 Tomer Hanuka is an illustrator and a cartoonist based in New York City. He works on a range of projects for magazines, book publishers, ad agencies and film studios. In 2008 he won the British Design Museum award as part of the Penguin Classics Deluxe Editions. Currently he teaches at the School of Visual Arts and is working on a graphic novel with his twin brother Asaf.