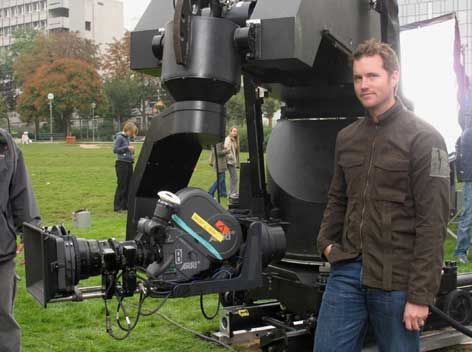 Jake Banks on location in Paris with the Milo Motion Control system. 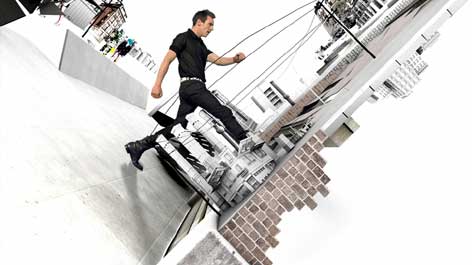 Can you present Stardust Studios ?
As a student at LA’s Otis College of Art and Design, my interests took me in the directions of graphic design and animation. When I graduated in 1995 as a new designer seeking work in LA, the job market aligned with the desktop design revolution and the release of new programs like Adobe After Effects. As a result, I worked with most of the major LA motion graphics companies and had the chance to help shape the field of motion design in its infancy. I landed at Fuel in 1998 as one of their first designers, began taking on independent assignments directly from agencies in 2000, and launched Stardust in May of 2002. Today, Stardust is an award-winning creative production company, specializing in motion design, animation, visual effects and live-action production. Our Santa Monica and New York studios have the goal of continually redefining creativity for commercial, on-air, music video and in-store presentations. Our recent work includes projects for the world’s top ad agencies, brands and recording artists. 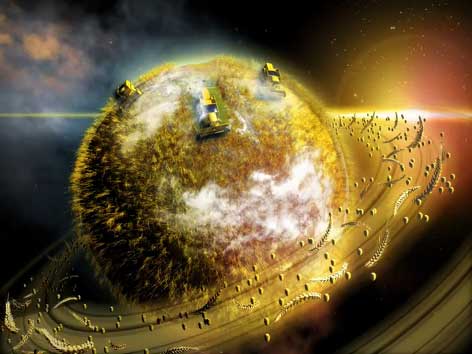 How many people do you employ permanently ? How many art directors, designers, animators ?
The answer to that question changes every day, but altogether, about 20 individuals in each office, with two CDs in LA and one in New York, and five or six art directors on each coast.

You say the new business model is to concentrate skills and possibilities on one place (this is the great interest of PCs in the production world). Does efficiency also mean to get senior teams very used to work together, in order to get the fastest and best projects ? Is there a necessary complicity in short teams ?
If you have the right creative and production talents assembled, and they have a good history of collaborating together, that is definitely a great scenario for producing brilliant work. 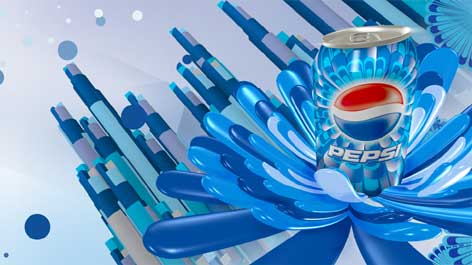 Does Stardust have a particular process management for innovation ?
Solid research and experimentation on the front end are both crucial, as they set the tone for any given project.

Stardust agency is very innovative but it seems that nice styles are quickly spread and copied everywhere on the planet. So it’s necessary to be renewed. How do you particularly survey graphic trends in your activity ?
Essentially, as we create one project after another that inspires us and takes our talents to new levels and in different directions, we just make it a focus to redefine our aesthetics and ideas in ways that appeal to us and our clients. More specifically, each person on our staff has his or her own way of researching and updating
their perspectives; very little happens in the global design field that doesn’t come to our general awareness one way or the other.

Still from a new set of stylish animated HD spots for Pontiac via Leo Burnett Detroit.

Stardust has a great TV commercial portfolio with collage effects, live action, 3D, 2D, what trend for a short future can you tell us about ?
Over the years to come, in my opinion, people are not going to be looking for computer art and typography, they’re going to be looking for traditional work reflecting more of the history of art and design, and tying that into experimentation of different cultures; it’s just going to be a huge mix of different cultures and different media.

I believe storyboards are not hand-made anymore due to the sophistication of the concepts. But what degree of sophistication needs a presentation to your client. What is shown at that point and how long does it take to just prepare things in order to win a budget (before production) ?
Storyboards we present simply need to effectively convey the ideas and visual styles we have in mind for any given project. Obviously, that means that some projects require more sophisticated storyboards than others. If you look at Stardust’s work in its finished form, that will usually give you a pretty accurate sense of what the storyboards that we presented for that project looked like.

Can you explain us the reason why making a new site. Last one was so attractive. By the way is there any profile in it?
Thank you for the compliments on our previous site, I hope you also like the new one. The goal in redesigning the site was essentially to better feature the company’s work. We’re very proud of the content that we create and felt that this new look showcases it more effectively. The feedback we’ve received is that many people agree with us. 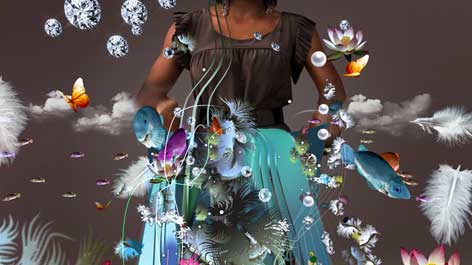 What are you working on these days ?
Thank you for asking about that, too. We are currently mostly working on commercials for an array of top ad agencies from around the world, as well as some very high-profile video installations and other interesting projects. We’ll keep you posted as they come together, and we really appreciate your interest.

Thanks a lot Jake, and thanks to Roger Darnell who made this interview possible.