November 14th, 2007
Partfaliaz interview Bikini Machine
Bikini Machine have really achieved something: going against the grain, they’ve made old from new! The idea might seem crazy, but it soon shows itself to be a real formula for hits, the perfect blend of vintage sounds and electro power. But dont get it wrong: Bikini Machine are not another example of fashion following retro merchants…
Images courtesy of Bikini Machine. All rights protected. 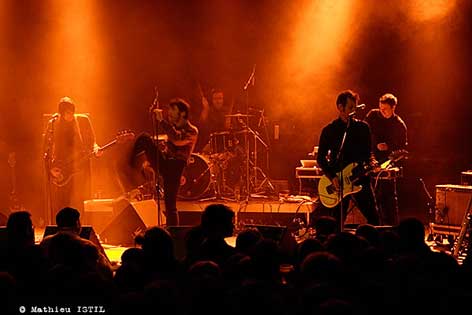 The band is already wellknown in the independent music industry and on the European stage, but can you introduce Bikini Machine, what and who is it?
The original band was a trio for recording (Pat, Mik et Fred) and everyone used to play everything. It became a quintet for live sessions in 2001 (with Franck and Sam) and the project was immediatly more singular mixing rock, soul, electro and samples of movie soundtracks.

Bikini Machine, where does that name come from ?
This comes from the title of an american B movie “Doctor Goldfoot and the bikini machine” with Vincent Price, perfect as a mad scientist surrounded by robot-girls wearing Bikinis… 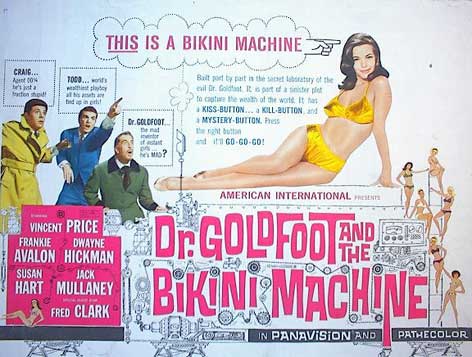 Some great sixties references but not taken seriously, is it the concept ? How does it work while recording or on stage ?
It’s true, we like to chop and grind the sixties and we mostly play with references instead of stereotypes. Closer to Tarantino than Austin powers, if you like.

On stage you all play every instruments and I’ve read music reviews according you a quality of recording close to the best studios, are you really crazy about technics ?
Among us, some are sound engineers at their times. Just like our music, our hardware is very composite, the high-tech alongside vintage, and we record ourself but we prefere to rent a pro mixer.

So you are five with deep and various references, how do you compose ? Does everyone participate ? Being five to create, is it difficult ? How are you organised ?
There is no permanent rule, it goes in every directions, some are more composers, others are more arrangers, but there is a time, where we create the song or the structure of the track all together.

You sometime work with other musicians, how happens the distribution of roles ? Which advantages and inconvenients do you see in team working and collaboration ?
Team working improves the music of the band either by the cultural side or some particular way to play an instrument. All this makes sense playing live. The paradox is that sometimes these possibilities offered by team work may enclose us in some hybrid style. And if you add to that the ambient formatting… 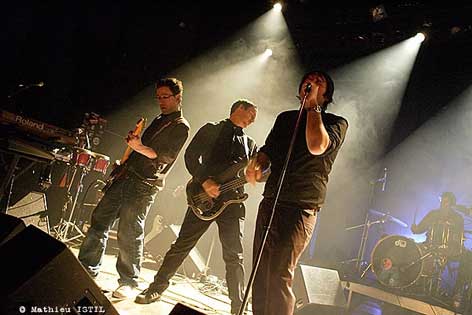 Since years, you have been playing in differents countries and festivals, from your point of view, what are the emerging trends ?
Some small fashion cycles are regularly coming back but today they are back all at the same time, there is no dominant trend. Personal computer changed lot of things, all we know is: there are more bands and they sell less records.

What are your inspiration sources ? Is the internet part of it ?
Movies are certainly our favorite source of inspiration or more precisely visual arts, at a time where rare things are findable on the internet.

With songs, rock and electro, your records are energicaly diversified, you also have a deep potential for movie soundtracks. Any projects on that side ?
Some of us did compose for short movies but we’ve never done original movie soundtracks, our music has just been played in a BMW comercial.

What are the actual Bikini Machine’s projects ?
Last album tour is over so we are working on the next one.