“I am fastidious about detail and fine focus.”

Alex Telfer has just struck gold for the second successive year with the Most Powerful Image at the Campaign photo awards. This very active English photographer is reknown for his stunning work, mostly about faces, scenery or landscapes. Alex Telfer comes to impose its style with brilliantly detailed and sophisticated compositions. He’s done commissions for a broad roster of advertising agencies across Europe and USA.

Hi Alex. Let’s start with the beginning, where are you from? And… what kind of place is it?
I’m from the region of Northumberland which is half an hour north of Newcastle in the North of England. It is rural and very quiet which is a perfect contrast to my busy life. It is a place to recharge and relax after the demands of my work. Newcastle, on the other hand, is regarded as one of the main party destinations in Europe and is quite vibrant for a small city. I own a Studio that is based in the East End of the city which is housed in a converted 19th century church. It is a beautiful space with a lovely ambience that makes for the perfect working environment.

Alex telfer was photographer of the year at the International Photo Award 2017 and won 1st Place in Advertising with this Lurpak outdoor Campaign.
The work depicts the visceral nature and enthusiasm of home cooks really going for it in their kitchens.

I know you are travelling a lot, but you’re still living there in Northumberland. Does that place had a big influence in your artistic course? What kind of influence?
I travel a lot with work, through Europe, The States and the UK. I guess I made a decision a few years ago to stay, for now, in Northumberland. It’s a beautiful place with both mountains and beaches near by. When I have time to recharge and think it enables me to work more freely and creatively. Living where I do certainly has an effect on how I work because between jobs, when I return home, it feels like I’m on vacation as a result of where I live and therefore this intermitent relaxation enables me to function more creatively. I suppose living in the North of England does have an effect on the look of my work also. Newcastle and some of it’s surrounding areas have been quite industrial places and I suppose this has an effect on the look of my work which is quite direct and real in it’s overall look.

The ADHD Campaign is a photography & motion campaign focusing on Attention Deficit-Hyperactivity Disorder in children.

What were your other artistic experiences and influences as a teenager?
As a teenager I was always good at art and excelled in painting and drawing. I carried this forward to my secondary education where I studied art at an advanced level. With this I started visiting art galleries and being around like minded people all of the time and it made a massive difference to my output. It was also here that I was introduced to Photography for the first time. It quickly became an obsession and I never looked back. Before I became immersed in Photography I felt I was heading towards a career in Art Direction or Graphic Design and these are indeed areas which I continue to have a huge interest in. But it was Photography that became my total passion and remains so today. Over the past two years I have discovered my love of drawing again and regularly use it as a means of relaxation. 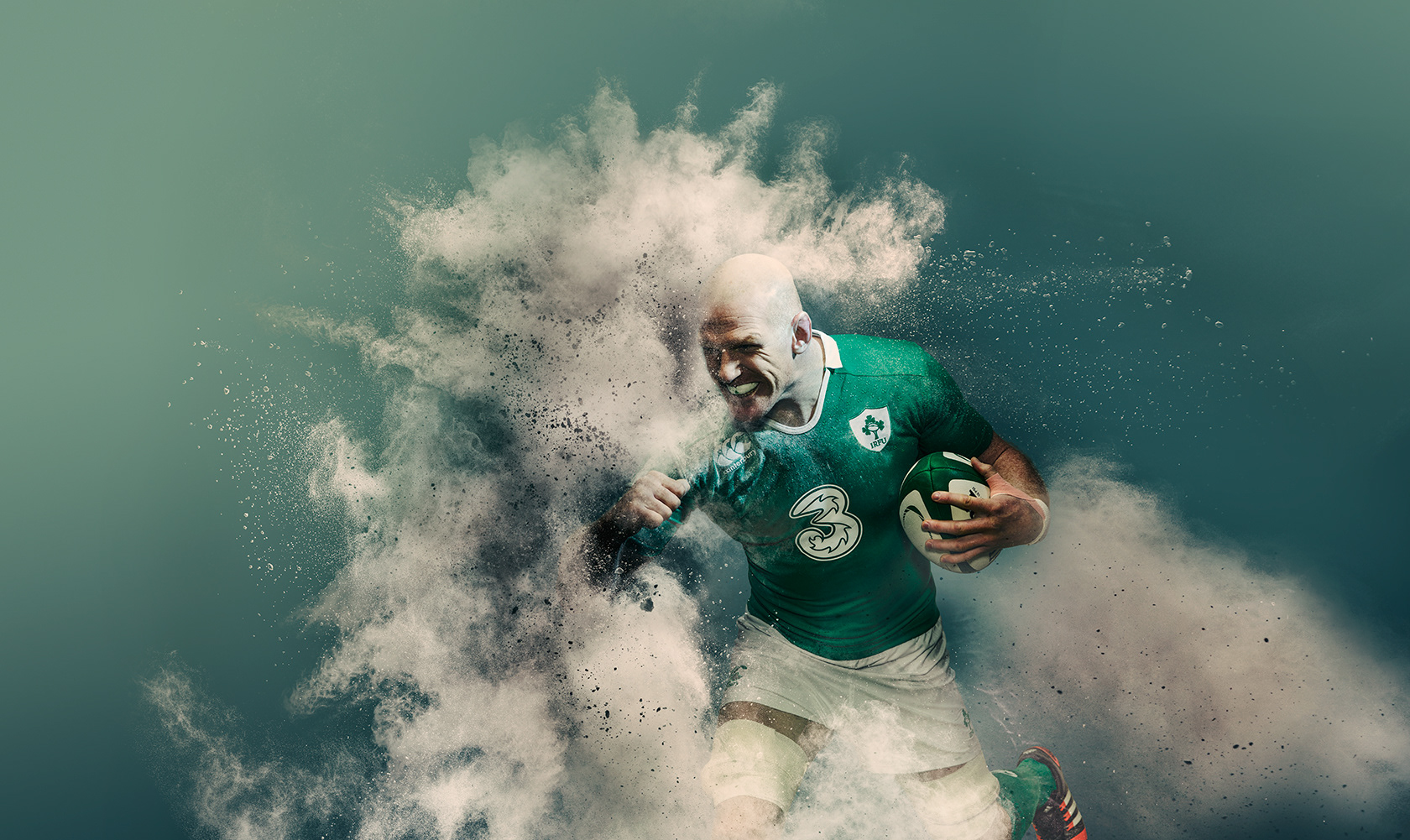 I have read that in the early 90’s you’re back to Northumberland after some time in London and at that time you were doing lots of black and white shots. Why this? Was it a way to emerge from the mainstream?
After spending two years in London after college I returned back to Northumberland and I set up my Photography business, it was 1992. I had no money and it was indeed these economic forces that dictated the type of work that I promoted to the local advertising agencies. All I owned at the time was a Nikon FM2 with 50mm and 24mm lenses. Colour work wasn’t good on 35mm so I shot black and white almost exclusively and processed the films myself and perfected the craft of black and white hand printing. Clients totally bought into it and I fast gained a reputation of the go to guy for the edgy new advertising look. I had a lot of fun at the time and produced some really nice work and it was a period that cemented my reputation as a ‘ creative ‘ advertising photographer. As a result I totally stood out from the mainstream.

When did you have the consciousness (or simply the wish) to start developping a personal style?
Right from the outset it was my desire to create a personal style and that is something that I have very much developed over time. However it’s easy to see from my early work that my influences came from Documentary Photography rather than Advertising Photography and this something that has stood me in good stead in terms of being different and indeed viewing things differently and applying it to Advertising work. 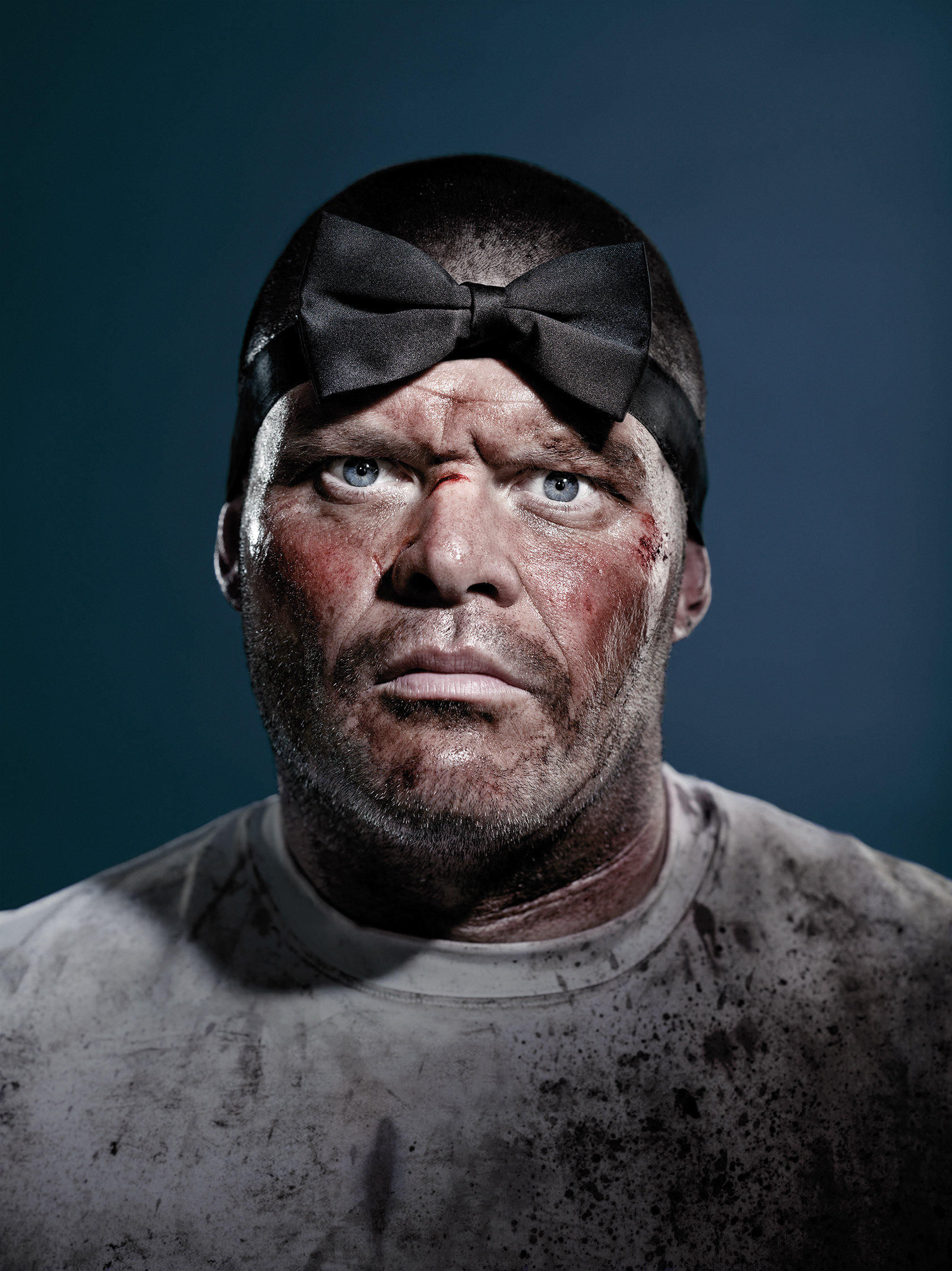 You have done lots of different and impressive things, how do you describe your personal photographic style?
My commissioned work is very much influenced by my personal work. I love doing personal projects and generally create two main projects per year aswell as numerous individual images. My personal photographic style is quite documentary in it’s look but is more polished.
As I shoot on a Phase One P65+ camera system the quality is mind bending and I am fastidious about detail and fine focus, etc. I have completed two major personal projects this year, one called The Travellers and the other is Saint Mary’s Asylum. Both are in the Projects category of my Website. It is important to me that I make time for my own personal projects. It is essential to my own personal development and also many jobs have been won off the back of a personal project that an Art Director has seen and liked. A prime example is commission I am currently working on for the world famous Architectural practice Zaha Hadid in London. After seeing my Travellers images they loved the look of a couple of the images so much that they were inspired to commission 70 portraits of their key staff.
The project will be ongoing for the next two months. This is a prime example of how personal work can be both mentally fulfilling but also commercially rewarding.

And what about moving images? Have you ever dreamed of being a director or is it just a natural professional evolution?
I have now been Directing TV commercials for 3 years. Check out the films on the Showreel section of my Website. For me it was a natural progression. In the type of Photography I do I direct a performance from people anyway so doing it for moving image seemed a very straightforward process for me. Also being ‘very’ hands on with lighting and composition means I know and understand a lot more technical information than many directors who rely heavily on their DOP. I love the mix of shooting both stills and moving image and these days am often asked to combine the two disciplines. None bigger than a current commission I am working on for Guinness. The Agency initially hired me for a stunning outdoor campaign but idea was that great that the creative team developed a TV script too. After writing Treatments and have Client meeting I was awarded the TV Commercial to Produce and Direct off the the back of the Stills Campaign. It’s the biggest combined job I’ve worked on and shooting starts in two weeks. Watch out for the finished film on my site next month. 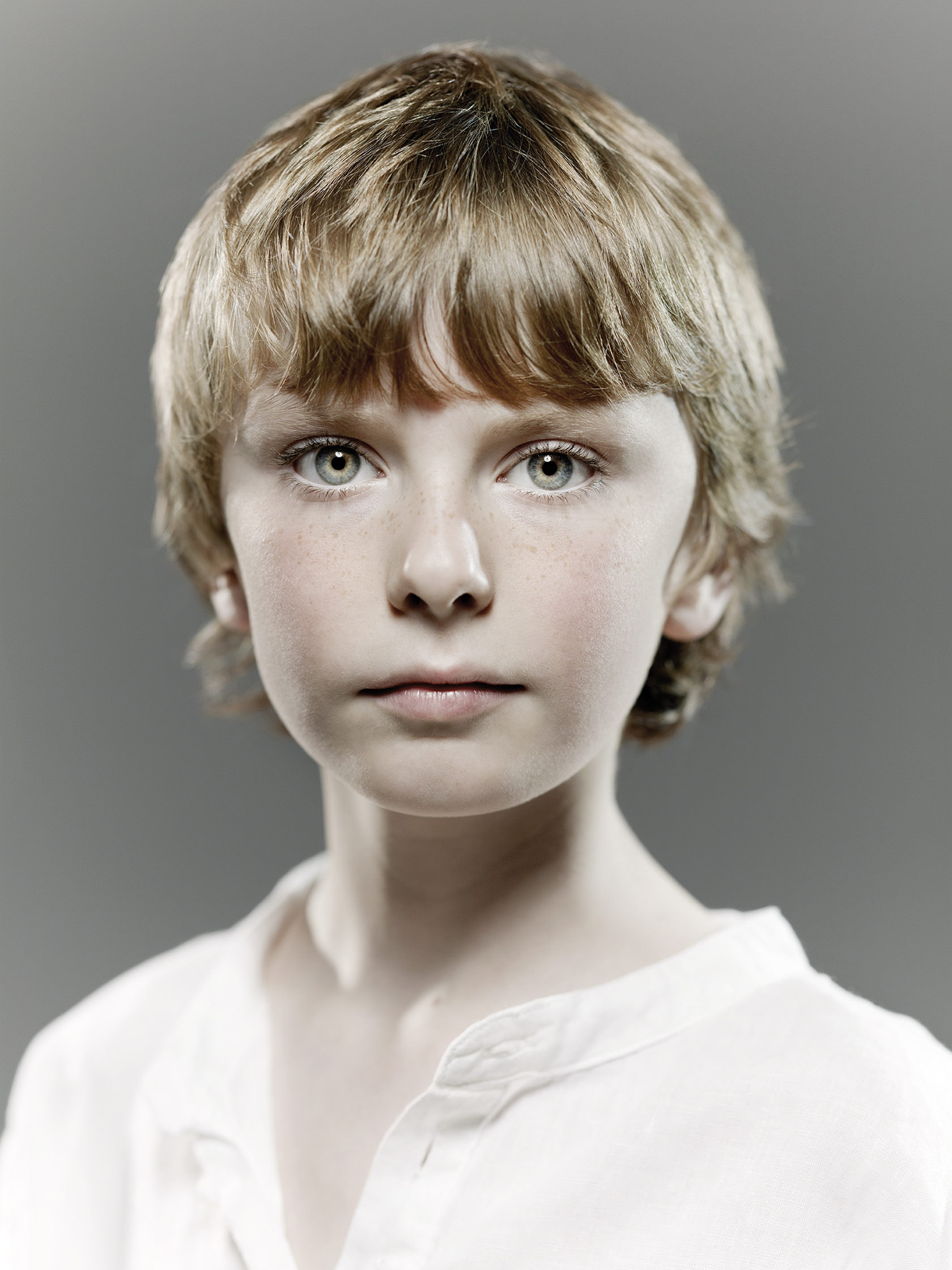 Do you remember about your first award?
I have been very fortunate to have worked with great people who have allowed me great opportunities and freedom to create award winning work. My first award was in 1992 in my first year of business where I swept the board at the North of England Advertising Awards.
It was with my black and white work that I mentioned earlier and it did great things in promoting me to a wider audience. I soon became aware of the importance of the positive exposure that winning awards brings. I have since gone on to be very prolific in the world of photographic and advertising awards. Campaign Magazine is THE Industry publication and in 2009 and 2010 has voted my work the most powerful images of the year, an honour of which I am very proud. In my business it is always refreshing to be judged by others and particularly nice when their judgement is positive !

What about Kingsland Church? Could you explain us what you made of it? What is the story about it?
I bought Kingsland Church in 2005 and it was in a solid but pretty sorry state. I designed the new layout and project managed the work which took eight months to complete. The Church has been pivotal in enhancing my reputation as it is such a beautiful space. We shot Enfance Et Partage there with M & C Saatchi GAD in 2008. It houses my entire production facility, post production company and Gallery and has served me very well. However, due to my development as a photographer, my work takes me away from the Church more and more so I am currently in the process of
developing it into a Creative Hub for creative businesses. Artists, Graphic Designers, Furniture Designers and a Picture Framer are all currently in discussion with me to enter into this exciting new development. Of couse my operation will still be here but I will cohabit with like minded individuals who specialise in their own creative fields. I always felt the Church would develop into something greater and it is currently in the process of doing so.

You have developped your own production team, so what facilities do you offer exactly?
My Production Team offers full service from inception to final retouching.

What kind of camera do you like to use?
My camera is a Phase One P65+ which is amazing and suits the type of work I do perfectly due to it’s awesome detail. ( 60.5 mega pixel ) I have a full compliment of lenses.
For moving image I own a Canon 5D mark 2 with a full set of Zeiss lenses.

What is the best advice you ever get?
The best advice I ever received was to stay true to your own disciplines and do the work that keeps you happy and fulfilled. That way you will gain longevity within the business. It’s true. 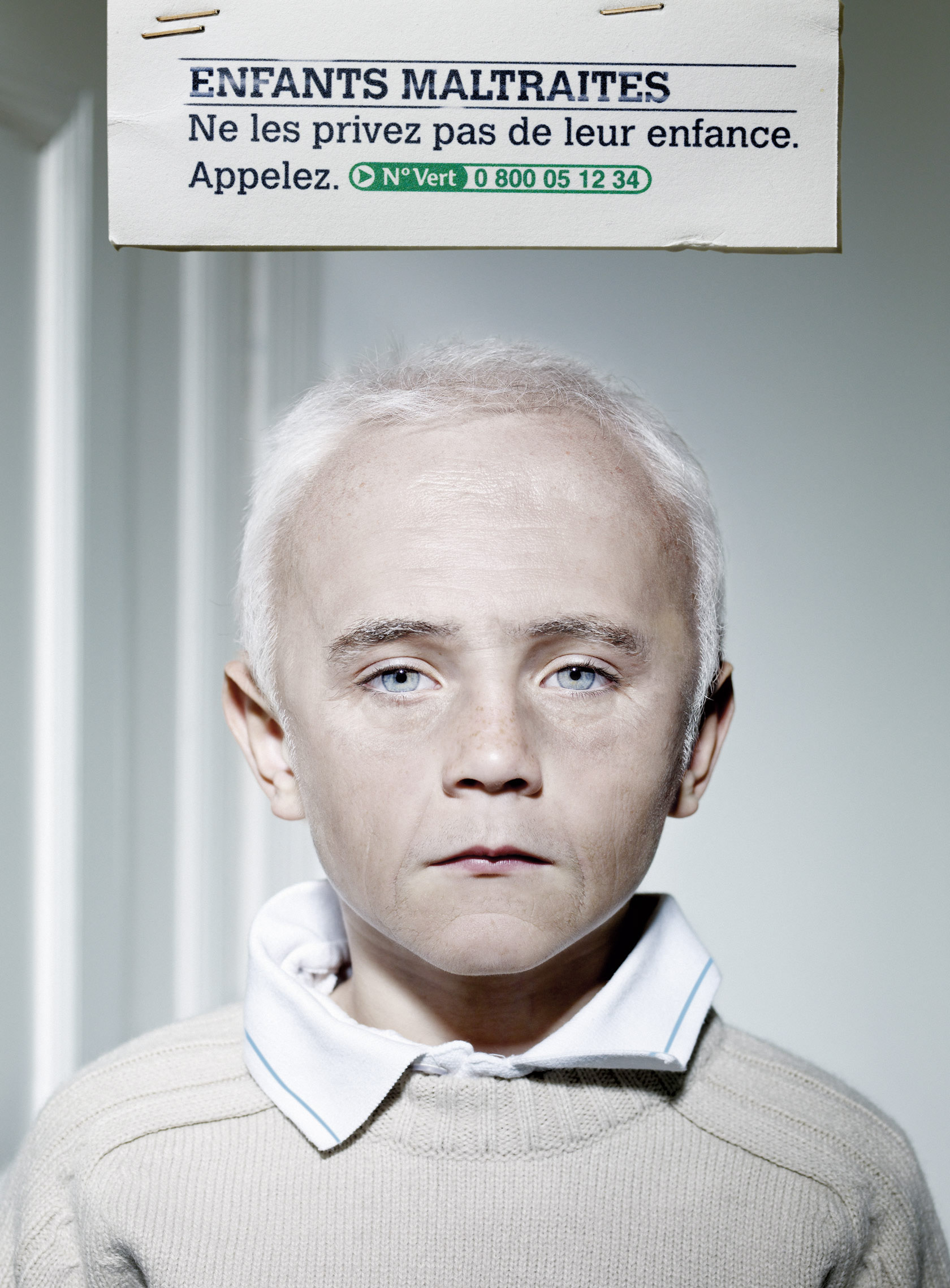 And the one you would give to a student in art school?
The advice I always give to students is not to get absorbed on making money but concentrate on doing a good job that produces great work, do all of those things first and foremost, then hopefully the better fees will follow automatically.

Thanks a lot Alex!