Swiss artist Anouk Vogel was born in 1977, she studied landscape architecture at the Metropolitan University of Manchester in England and graduated in 2001 with Honours and Distinction. Then she moved to the Netherlands (Amsterdam) where she has been working and living since, and where she started her own practice in 2007. In 2009 she won the competition for the new furniture of the Vondelpark, a Dutch national heritage monument.
Anouk Vogel was also one of the winners of the prestigious Prix de Rome for architecture in 2010. Next to her built works & drawings she is regularly teaching and giving lectures in the Netherlands and abroad. Here are a few pictures of her “Paper Garden”, Nagasaki, japan, 2011. 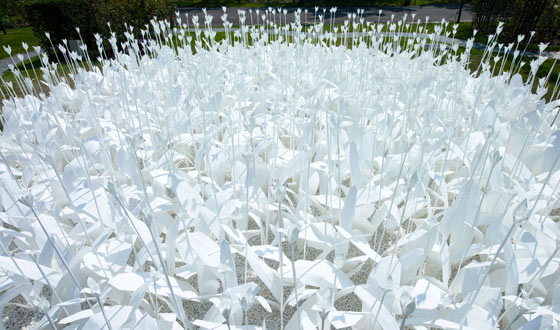 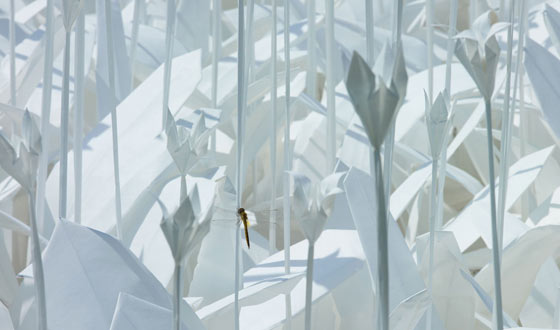 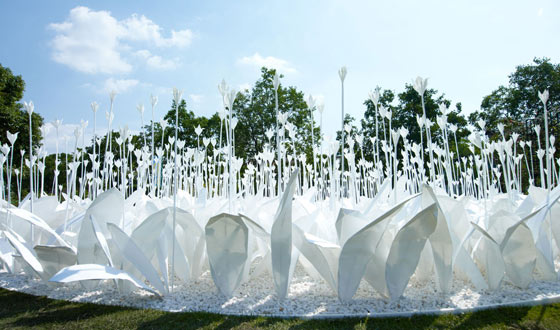 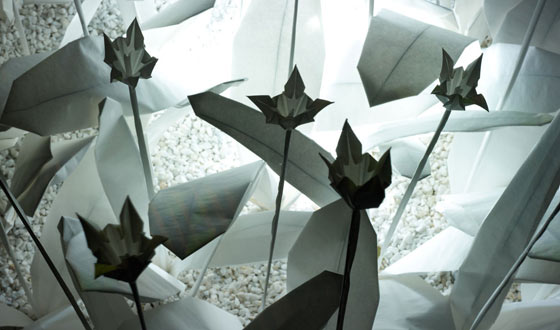