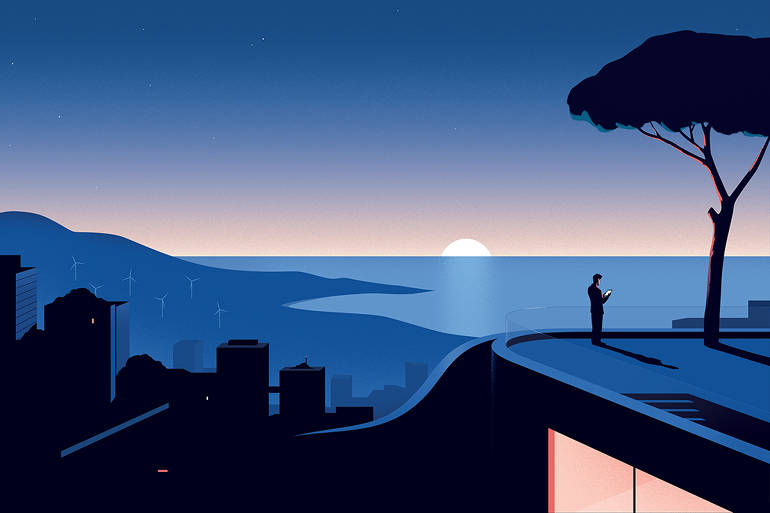 French illustrator Thomas Danthony’s is known for creating beautifully crafted digital images that have led to commissions for The New York Times, Google and Penguin books. Earlier this year Thomas decided to relocate from London and set up his studio in Barcelona. As part of Handsome Frank‘s ongoing ‘a little film about’ series we decided to follow him to his new home city with a camera crew. Shot in September 2017 the film looks closely at Thomas’ conceptual process and approach to his art. We also get a glimpse into his world beyond the screen and look at how his love of the outdoors inspires his art and motivated his move.

An idea of voyeurism by Floriane de Lassée

Laura Liedo is a Barcelona based illustrator working for magazines, studios and advertising agencies

Back to “Global Summer” by Yiorgos Kordakis

Yiorgos Kordakis is a Greek photographer who have some intimate relation with the sea. His series of