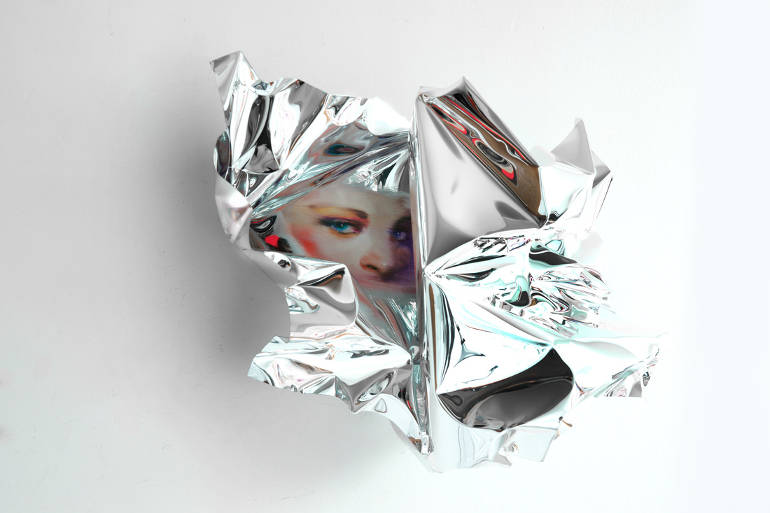 Martin C. Herbst is an Austrian artist who pushes the limits of traditional painting. Most of his delicately executed paintings expand to the third dimension without denying their two-dimensional origin. Martin C. Herbst has shown extensively around the world including solo exhibits in New York, Miami, Toronto, Barcelona, Amsterdam, Budapest, Vienna, Basel, Düsseldorf. The series “hidden treasure” explores the splendour and mystery of immaterial reflection. As a result of the complex folds in the mirrored aluminium, most of the actual painting is only seen in its reflection. More, the painting seems to take life and even become animated, because the part of the mirror producing the reflection is uneven. As soon as the beholder begins to explore its secrets by moving from side to side, the work unfolds a surprising array of subtly shifting reflections of the painted image. 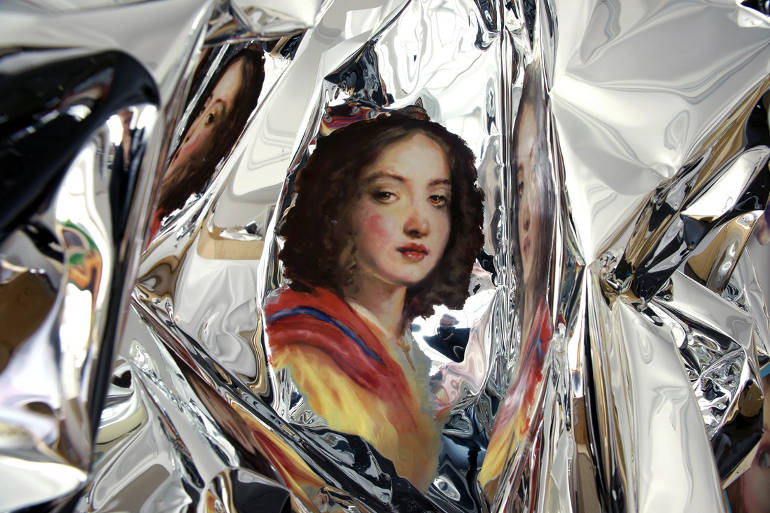 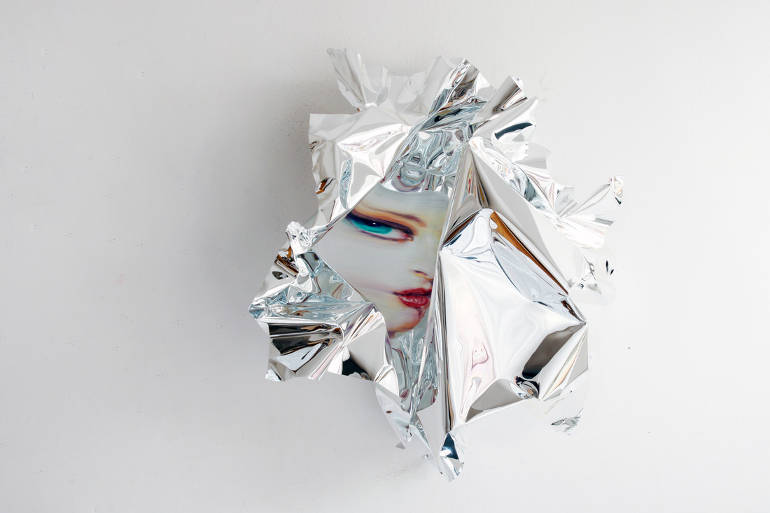 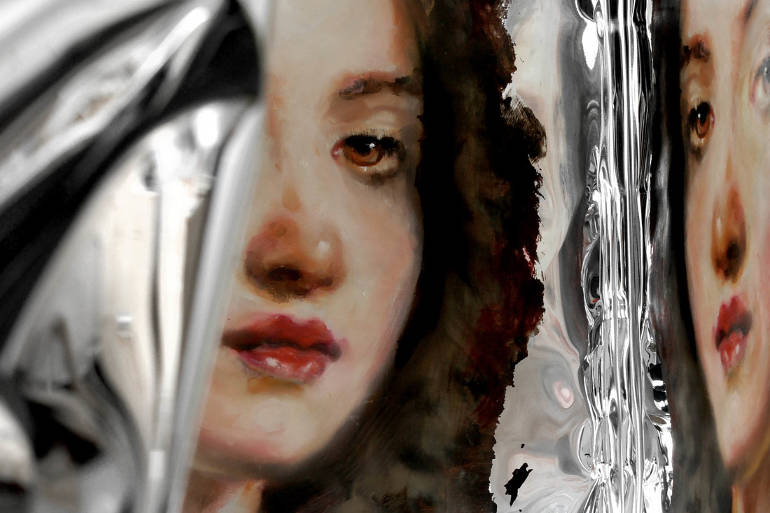 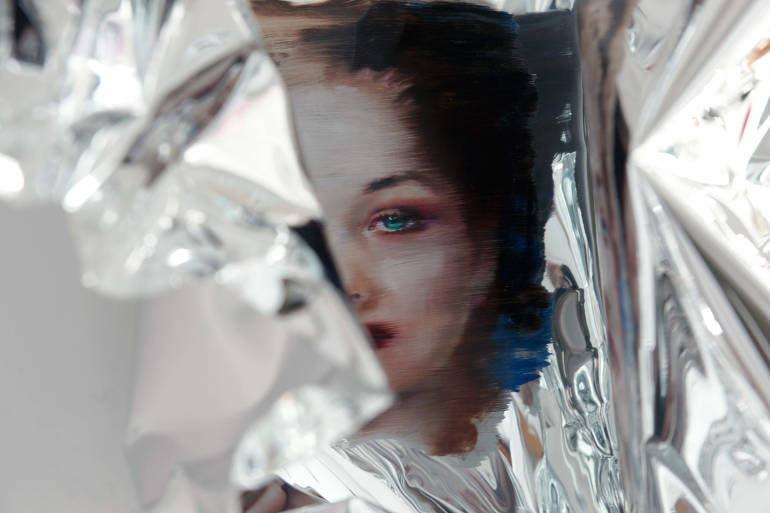 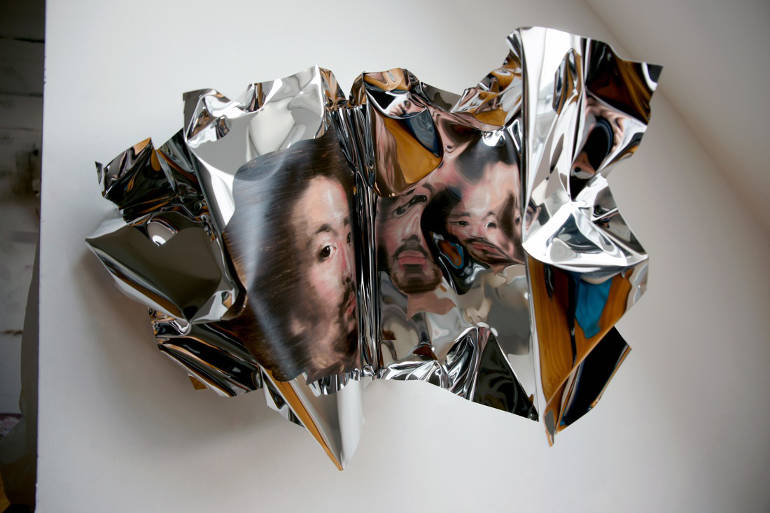